4 years ago · Archcare · Comments Off on Understanding: Mental Capacity

Something that we get asked a lot is whether people with mental health concerns are able to make decisions for themselves, or whether someone else makes their choices for them. It’s an interesting question, but it’s also a lot more complicated than it seems! This week, we’re going to explore the concept of Mental Capacity, including things to watch out for if you’re concerned that someone might lack capacity, how capacity is assessed, and what happens if someone isn’t able to make their own decisions.

Making decisions can be tough, but does that mean that we lack capacity?

First, we need to understand what we mean when we talk about capacity. Simply speaking, mental capacity refers to an ability to make decisions. We all make decisions all the time, whether those decisions are big, like where to live or whether to seek medical treatment, or small, like whether to have tea or coffee or what t-shirt to wear. We are all constantly making decisions throughout the day, and most of the time it is so mundane that we don’t even realise that we’re doing it, but this process is vitally important and without it we can find every day things to be a real struggle.

A common misunderstanding is that anyone with a mental health issue, learning disability or other impairment of the mind or brain will automatically be unable to make decisions, and that isn’t the case at all. In fact, the vast majority of people that we support have complete capacity, and make all of their decisions themselves, and that is exactly the way that it should be! After all, taking away someone’s ability to make their own choices is serious, and it shouldn’t be taken lightly. How would you feel if I told you that you weren’t allowed to drive to work any more, and instead I was forcing you to take the bus? Not very happy I would assume!

A second assumption is that only people with serious or ongoing impairments can lack capacity. Also untrue! Have you ever been drunk, unconscious or on strong painkillers? If so, then during those periods of time there’s every chance that you lacked capacity, if only for a short while.

We have the right to make bad (but delicious) choices about our diets!

A third common misunderstanding is that we either have capacity or we don’t, and that if we aren’t able to make one decision then we are automatically unable to make all decisions. Using this logic, someone who is unable to understand and sign a complicated legal contract would also be unable to decide what to eat for breakfast, which is obviously not the case. In reality, capacity constantly changes, and will be different based on the specific decision itself and when it has to be made. In fact, someone can lack the ability to choose what to have for lunch at 12pm, but regain the capacity at 1pm!

The most common misunderstanding that we face is that someone who makes bad decisions or poor lifestyle choices must automatically lack capacity, and we are often asked why we would allow people to make those kinds of choices. Well, it’s usually because we don’t have a choice! Most people make poor decisions on a regular basis, otherwise nobody would smoke, drink or eat junk food and we would all be running 5 miles a day. Even deciding to stay up late watching one more episode of Game of Thrones instead of getting your eight hours of sleep is a bad decision, but no one kicks down your door and turns off your television if you make that decision! A fundamental principle of mental capacity is that we are all allowed to make poor decisions if we want to.

If this all sounds very complicated and messy, it’s because that’s exactly what it is! Fortunately we have devised a test that we use when we’re trying to work out whether someone can make specific decisions, which is conducted by a trained capacity assessor and is based on the following questions:

Does the person have an impairment of the mind or brain?

In this context, an impairment could be a mental illness, physical damage, a learning disability, dementia or even something temporary such as intoxication or unconsciousness. If the answer to this question is yes then we can move on to the next stage of the test. If the answer is no, then the person has capacity.

Is the person able to understand, retain and use the available information in order to make a decision?

If the person does not understand what is being said, cannot keep the information in their mind for long enough to assess it properly, or is unable to draw on that information in order to come to a conclusion then they may lack capacity.

Can the person communicate that decision?

If the person is unable to express the decision in some way, they may lack capacity.

This test will often take a long time and be presented in multiple ways and at different times in order to make sure that everything has been done to help the person to make the decision themselves. Often this might mean using pictures, sign language or gestures, or asking the question in multiple different ways based on what is known about the individual, and this is vitally important. Just because someone is unable to speak does not mean that they cannot make decisions, for example, so we always have to do everything we can to help someone through the test. 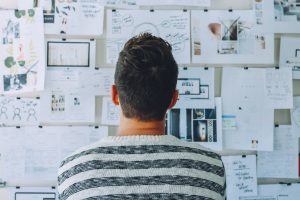 There are lots of factors to consider when assessing capacity.

Now we have reached the point where we have established that someone is unable to make decisions, what happens next? We just start making choices for them, right? Wrong! It’s not that simple. First of all, who gets to make those decisions? Often it will be a family member or a friend, someone who knows the person well and who the person trusts to make good choices. This person then needs to apply to become a deputy. There are two kinds of deputy, a Property and Financial Affairs Deputy (someone who manages finances, income, bills and things like that) and a Personal Welfare Deputy (someone who makes decisions about health or care arrangements), and the type that the person applies for will depend on the outcome of the capacity assessment and discussions with everyone involved. Once the paperwork is complete and has been sent and signed off, this person will then be given the authority to make certain decisions on behalf of the person who lacks capacity (Click here for more information about becoming a deputy for someone who lacks capacity). If there is no one who is willing or able to take on this responsibility, it will usually be given to someone who works for the local authority and acts as a deputy for lots of people.

Even then, there are more rules and guidelines that the person must follow whenever they make decisions on behalf of another person. They must:

Also, just because someone can’t make the decision themselves, it doesn’t mean that they shouldn’t be involved! Someone without capacity can still express preferences and these preferences should always be taken into account and all efforts should be made to respect what they would like, even if it is more complicated or requires more work.

As you can see, mental capacity is a very complicated concept that requires a great deal of consideration, effort and sensitivity. But when it comes to taking away someone’s ability to make choices about their life, it’s vital that we get it right.

If you have any concerns that someone you know may lack capacity you should contact their GP or Social Worker.

If you’re an organisation and you’re interested in setting up some Mental Capacity training for your staff, we provide training courses at your place of employment. For more information, please send us an email or call us on 01275 342266 and ask to speak to Andy.

For more information about mental capacity, you can check out the following resources: